Understanding PUBG and Fortnite – Which One Is Better? - Times and Trends Academy (TTA)
Skip to content 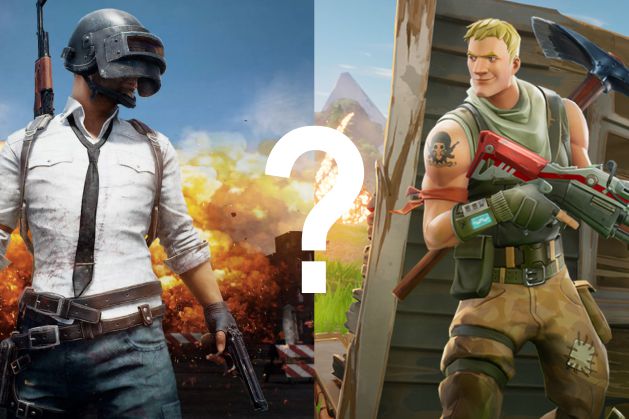 So, you’ve heard about both, PUBG as well as Fortnite, haven’t you? But, as a student of an animation course after 12th, if you are confused between the two, as to which one’s better when it comes to animation effects, here’s something that will clear your confusion. So, keep reading as we explore various essential graphical aspects of both the games, and help you decide if PUBG is better, or Fortnite.

Whether, PUBG or Fortnite, both these games have made it big in the gaming world, and continue to fascinate their users. In fact, these games have developed a considerable loyal fan base across the globe. However, we’ve got to make a choice after some crucial considerations. So, let us check out on a few essential factors that would help us decide the better one.

Animation Effects and the Overall Feel of PUBG

So, assuming that you’ve seen PUBG, and played it as well, you’ll feel the difference yourself. PUBG’s characters or you call it the warriors, their outfits, and the weapons they use all seem realistic. Besides, the overall battle environment, locations, trees, broken houses, bushes, vehicles used, and the countryside graphics appear realistic. They engage the users in the game. No wonder, people stay glued to their seats when they play this amazingly designed game!

Besides, PUBG offers a plethora of weapons that seem real. The sound effects (weapon loading and firing) appear real.  So, all in all, there are no cartoonish elements in PUBG. Users, while playing the game, feel themselves on a real battlefield. All these elements contribute to the success of the game!

How’s Fortnite on the other Hand?

Let us review Fortnite’s effects now. Fortnite involves cartoonish styling of the characters, and the overall feel appears colourful while playing the game. The game, undoubtedly, is exciting. However, when it comes to graphics or their effects, it doesn’t connect as much PUBG does. Why? Let us explore.

The weapons used in Fortnite, such as guns, pistols, revolvers, rocket launchers, and rifles, seem real. However, the weapon recoil is almost invisible. Besides, the bullet spread proves only a problem for players that keep the fire button pressed every time. The overall look of the game and its graphics seem more animated than real, and which is why the game scores lesser than PUBG on the graphics front.

Which one is better?

Choosing the better one is subjective. Since every user’s expectations from a game and preferences are different, you can’t come up with an objective this or that answer. However, speaking of graphics, animation effects, and overall look and feel of the game, PUBG gains a competitive edge.

If you are an aspiring animator, TTA is the best place to learn animation. The academy offers four courses in animation, including B.Sc in Animation, Diploma in Animation, Graphic Design Course, and VFX Course.

All of these courses entail learning the basic and a lot of advanced aspects of animation, and special effects. These courses focus on learning the latest animation software. Besides, TTA’s 100% placement assistance helps students pave the way to a successful career in the animation industry.